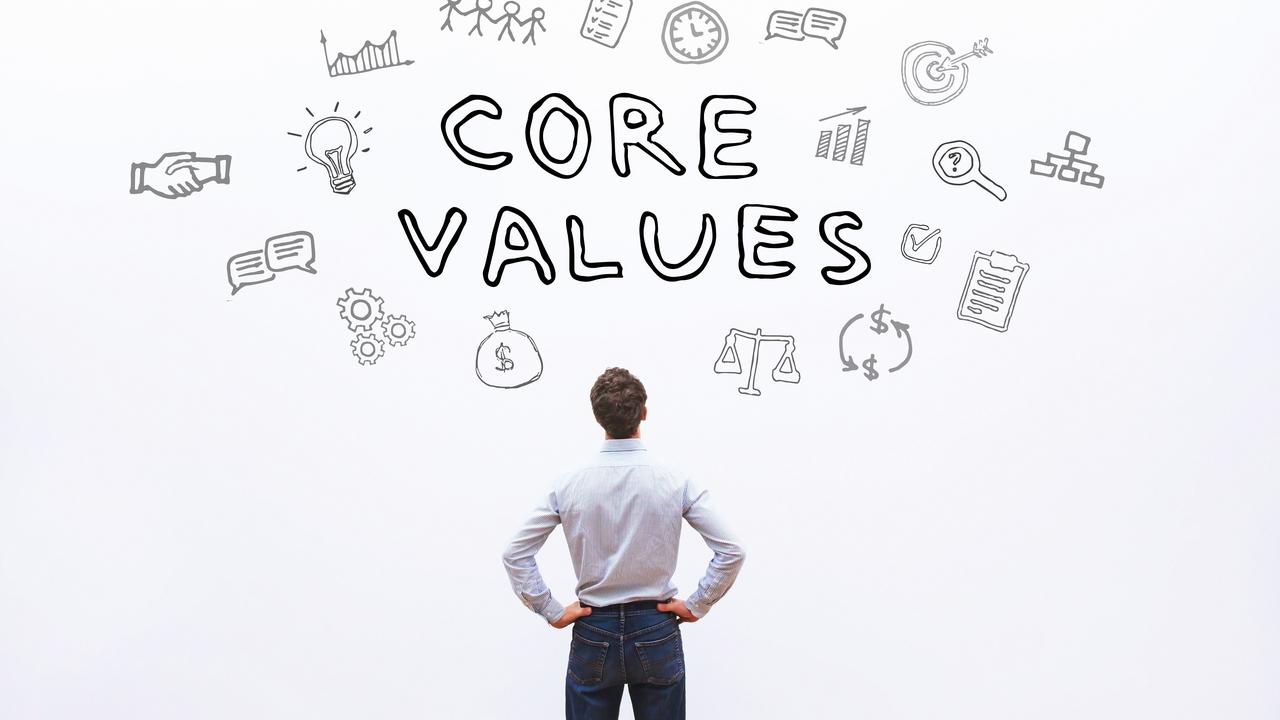 As I write this blog, Election Day is looming. Flyers have been dropping through my door like billyoh, with each candidate professing they should be the chosen party for me because of x, y and z. It’s all just a load of ole puff in my opinion and I really don’t know which way to vote.

Having said this, I hold a strong value that I should vote – women fought hard for me to have that right and we are fortunate to live in a democracy where that is possible. And that’s just it isn’t it… All of our choices and decisions stem from our values so whether we decide to vote or not, will be down to the values we hold. The political party we choose to support will be because what they say they will do, will be most closely aligned to our values. We may well feel we’re caught between the devil and the deep blue sea but ultimately, if we are choosing to vote, we need to put that all important ‘x’ somewhere.

Take it to the bridge

Reading the literature popped through my letterbox, also watching the Leader debates and listening to interviews with them, is about finding out where my values sit most comfortably with what they purport they are going to do for this country. It all depends what is more important to each of us – it could be the National Health Service, education, commerce, the environment or any one of the issues we consider to be the most important high on our agenda for change; we will align ourselves with the political party which seems to ‘speak to us’ the most, with what it sounds like they place value in which matches what we value most.

Politicians know only too well that facts and figures will only get them so far… They’ve done their research, they’ve got the strategists involved and even the psychologists who know that all decisions, without exception, are made for emotional reasons, the reason being, that we all move towards emotional comfort. You might profess that you make decisions based on logic but I put it to you, logic is the bridge from where we are to where we have decided to go (emotionally). We post-rationalise with logic.

Emotion rubber stamps every decision. You can’t make a decision if you don’t have a feeling - all feeling is in the frontal lobes and if they are damaged through brain injury, decision-making is seriously impaired, as demonstrated through the work of Neuroscientist Antonio Damasio of the University of Southern California: “People who lack emotion because of brain injuries often have difficulty making decisions at all.  The brain stores emotional memories of past decisions and those are what drive people’s choices in life.  What makes ‘you and me’ ‘rational’ is not suppressing our emotions but tempering them in a positive way.”

When the proverbial wheel on the bus comes off…

Why is it important to know that we make decisions for emotional reasons? Too many people try to influence others based on logic such as numbers and data; whilst some people like facts and figures, their decisions will still be based on their values which are emotional.  So, politicians might dazzle us with figures to a certain extent but they know that tapping into emotions is what cuts the mustard.

The infamous Brexit bus with the £350m figure stamped across it of how much money we send to the EU a week and which could be spent on the NHS, is a great example of combining figures with a nice big fat dollop of emotion. And it paid off didn’t it?

People will make a decision and buy/vote/choose as soon as they have a big enough emotional reason.

To give an everyday example, imagine you’re doing some DIY at home and your trusty faithful drill conks out. You can’t do anything else without a drill. So, you go online and see that the DIY superstore that’s 10 miles away has one. Mmmm, you’ve lots to get done so do you want to take time out to do a 20-mile round trip when you might be able to get one at the local DIY shop that’s just down the road? You call them up. They’ve the exact same drill but there’s a price difference of £9.99. Mmm… What do you value more? Your time or your money? A decision needs to be made if you want to get the job done but which way will you go? It depends on your values. You might also take into account supporting a local business. You might have a points card at the DIY superstore so want to add to those. You will rationalise your emotionally made decision with logic…

Values and their hostage taking ability

Rather annoyingly, we are held hostage by the emotions our values create and so we will always, without fail, choose the option which sits most emotionally comfortable with us. And politicians know this only too well.

Recently, a story surfaced around a photo of a four-year-old boy suffering from pneumonia, who was photographed lying on coats on a hospital floor because there were no beds. The Labour Party use the highly emotive issue of the NHS and its funding issues and this story was highly emotive and a great way to gain leverage on people’s emotions. The Conservatives meanwhile continually lambast Labour around accusations of anti-Semitic behaviour in the Party because again, this is understandably another highly emotive issue.

The political parties need their key soundbites which will be pokey and hit the right note with voters – they’ll be remembered and embedded in the voters’ psyche. Huge strategies are built around this and as we found out in the last American election, Facebook was used in the collection of data so strategists could target voters once their likes and dislikes could be understood through their Facebook use. Values are big business.

In the Premier League

Knowing our values puts us in a unique club of only 2–5% of the population. Most people have no idea what their values are and many adopt theirs from people who hadn’t thought about why they hold those values either. If we know what our values are, making decisions becomes so much easier – we know what we want and why we want it.  Values are the bedrock of our decisions but who you chose to vote for is now purely academic because by the time you read this, you’ll know who won the election race! Just know that if you chose not to vote – that was down to your values and if you did vote, who you chose will be as a result of the values you hold. Ensure those values you hold are consciously chosen and then you’ll know why you make the decisions you do – from the can of baked beans you buy, to who should run this country.

Quick footnote – we now know that the Conservative Party won the Election. So, do we consider them to be the devil, or the deep blue sea? Or maybe you personally see them as the saviour to sort this country out… Let’s reserve judgement and see…