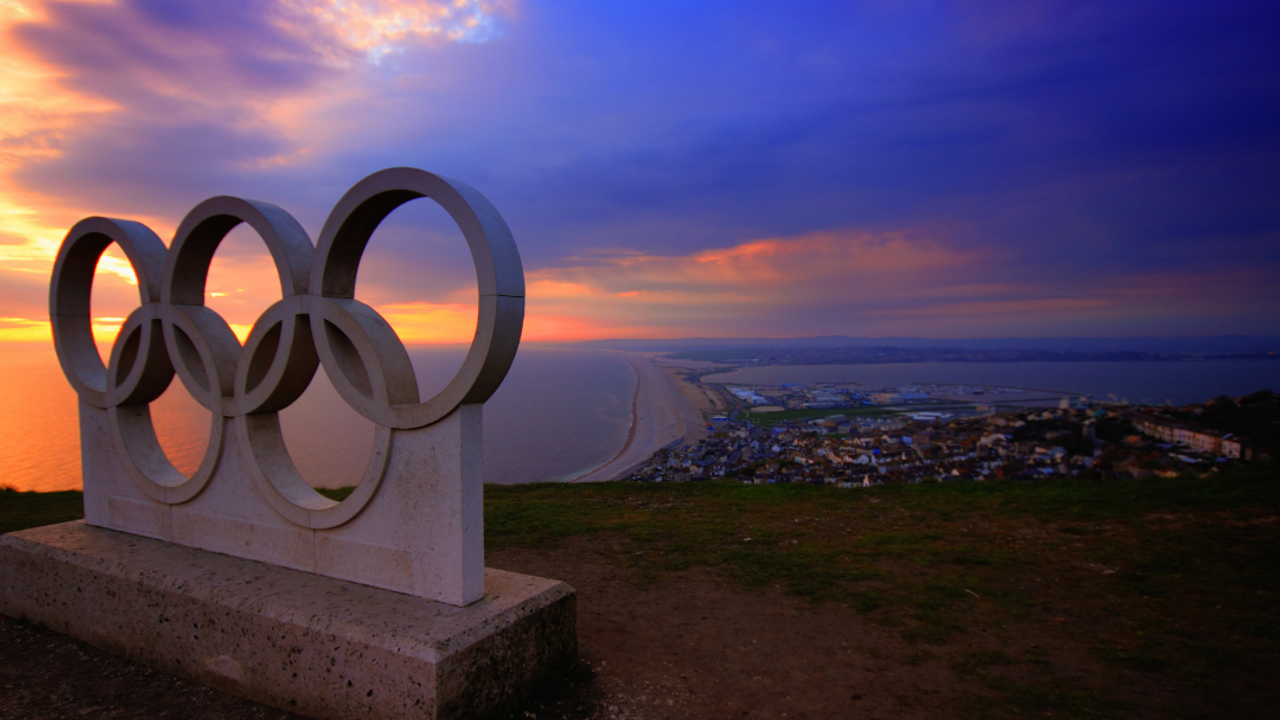 A goal is a dream with a date on it

The Tokyo Olympics have started and despite it being in a very different form to what we're used to, the athletes are there doing what they can to win the much-coveted bronze, silver and gold medals.

As I write this, there’s already been upset in the pool – Tunisian swimmer Ahmed Hafnaoui produced a major shock winning gold in the 400m freestyle. The 18-year-old won from the outside lane after qualifying slowest, but finished with an awesome pace to beat Australia's Jack McLoughlin.

And the taekwondo men's featherweight final was a day of firsts for Ulugbek Rashitov. The 19-year-old, not favoured to win, defeated the defending world champion, Britain's Bradly Sinden, by five points in the last eight seconds of the match to claim his first Olympic gold. The medal was also Uzbekistan's first of the Tokyo Games and the country's first in taekwondo.

Top ranked athletes have already been displaced by those unexpected to do well. There's always that outside chance that even with honed skill and copious hours of training, you won't achieve the results you've worked for. So, for the tenacious, but surprising victor, how did they do it?

I am the greatest was one of Muhammad Ali’s mantras and he believed it and lived it; in fact, he said it before he even knew he was – a wonderful example of how powerful affirmations are, and that the facts will eventually catch up! Ali was and still is considered one of the greatest boxers and that was his dream.

He had such belief in himself, nothing was going to stop him – he did not allow the self-doubt to creep in, there was no room for that.

On winning Gold in the taekwondo event, Rashitov said: "It's great, the best emotion ever. Nothing can beat winning gold... I believed only in gold, I trained only for gold." That's a Winning Edge mindset right there.

Moving the needle, turning the dial

So, how can we start seeing ourselves as living that dream life, attaining that sought-after goal, attaining that coveted job role? It’s about cranking up our Mental Thermostat. The Winning Edge concept Mental Thermostat refers to our ‘normal’ setting in life i.e. what you know and what you are familiar with such as your everyday behaviour, habits, responses etc. We call this setting ‘normal’ and with your Mental Thermostat, you too have a ‘normal’ setting that you operate at every day both consciously and subconsciously. However, how often do you challenge what your ‘normal’ is?

You may remember the lottery winner Michael Carroll who won £9.7 million in 2002 at the age of 19. His ‘normal’ was well and truly challenged and to be fair, he didn’t exactly have much time to crank up his Mental Thermostat. Living a fairly modest life at the time of his big win and working as a refuse collector, after winning the fortune, Carroll professed he wasn’t going to live an elaborate lifestyle and would put his criminal past and anti-social behaviour behind him. However, within months he was committing crimes and going through money like water, culminating in him being declared bankrupt within eight years.

There are numerous stories of lottery winners who very quickly squandered their money and the main reason being, they didn’t crank up their Mental Thermostat and think like a millionaire. Yes of course there are many millionaires who are born into money and there are those who have made their millions through hard graft, but in order to maintain the lifestyle they enjoy, these people tend to invest their money sensibly to counteract the luxurious purchases they may choose to make, but most importantly, their self-image allows them to enjoy their money and their lifestyle.

Michael Carroll had not been used to this amount of wealth and therefore, his self-image did not enable him to enjoy it long-term as he simply didn’t see himself as a millionaire. To be this, he needed to crank up his Mental Thermostat by changing the perception he had of himself, so he believed he deserved this new-found lifestyle and maintained it. If you don’t make these changes, your self-image cannot cope with new circumstances and very often ‘old habits’ take over to bring you back to the status quo or ‘normal setting’ you have previously been used to.

This behaviour can also apply to people who are promoted at work to a leadership role. If they have not altered their mindset to see themselves as a leader, they will not feel worthy of this new status and therefore will not behave accordingly.

Those training for elite sports events need to see themselves competing, before they even get there. It's important that they see themselves as peers with the athletes they have been inspired by.

Do elite athletes question their ability? Possibly in moments of exhaustion, maybe when they haven’t attained the heat time they’d aimed for, maybe when they feel they didn’t get the race result that justified the hard work they’d put in. But ultimately, at that high level in sport, they know mindset is key; they know it’s taking the learnings from that moment and moving on. High performing athletes see themselves on the podium; leaders before they are leaders, see themselves in their seat in the boardroom; speakers see themselves on that stage. Mindset is everything to uplevel your new normal.

How to change your ‘normal’ setting

So, if we want change in our life, or something has happened to change our circumstances, what can we do to ensure we’re embracing the ‘new’ normal?

How are you thinking about your dream? Do you feel it’s unobtainable and if so, why? Get curious about the nature of your thoughts and challenge them. Reframe them so that they move you forward towards your goal.

Most people don’t plan to fail, they fail to plan and if you fall into this camp, your dream will remain just that – a dream. If you have a burning desire to achieve something, put a date on it and map out the steps to achieving it. You can then get an enormous sense of achievement when you tick those steps off one by one.

The subconscious mind cannot tell the difference between a real or a vividly imagined event and that’s why visualisation is key – we can build a mental movie, using all five of our senses – whereby we see ourselves achieving our goal. We then replay it again and again and that new level of success will feel completely normal to us.

Assumptive affirmations are a vital piece of the jigsaw to our achievements. Twice-daily mantras repeated out loud – maybe after your teeth cleaning ritual – will programme your brain with the confidence and self-belief that your ambition is achievable. The affirmations should be assumptive because the brain doesn’t like cognitive dissonance so therefore, because it is teleologically-focused – i.e. it is end-goal orientated, the brain will do all it can to make what you have said, become your reality. It’s powerful stuff and keeps you on track.

No matter what has gone before you in your life and no matter what people may have told you which has led to your self-limiting beliefs, you can reinvent yourself for success. You can do this by using all of the above steps and by working on your self-esteem - knowing you are worthy, that no one deserves it any more than you do. Note down your achievements in a Success Journal and read back through them should you have a shocker of a day – those journal entries serve to remind you what you’re capable of!

Does working on your mindset and being consciously aware of the nature of your thoughts 100% guarantee success? No. But does it stack the cards in your favour - yes. It also means that in defeat, you are more able, over time, to pick yourself up and learn from that experience and to continue to build your knowledge and experience to move forward.

British Olympic Taekwondo athlete Jade Jones, having twice won Gold before, was hoping to be the first British woman to win three Golds in Taekwondo in consecutive Olympic Games. However, she admits she allowed the pressure to get to her and was defeated at the first hurdle in the Tokyo Olympic Games. Not having family and friends to cheer her on, due to the changing pandemic rules, she said she didn't have them there to push her out of the fear zone: “I didn’t switch into attack mode, I stayed in scared mode.” Jones will take this experience and learn from it because I believe getting to this standard in sport requires mindset work. Rather than blame outside influences, she took it on the chin, knowing what went wrong and therefore knows the work she can do on the nature of her thoughts. A winning mindset.

Muhammed Ali knew he was the greatest – he didn’t wait for the facts to catch up, he just knew it. Because of that utter self-belief, the facts did catch up. The same can be true for all of us.

Think about what you want and know that you are worthy of happiness and great things in your life. Start cranking up your Mental Thermostat today!

Want to feel in control of your thoughts and emotions to get the results you want and truly deserve?