The strategy to achieve your game plan 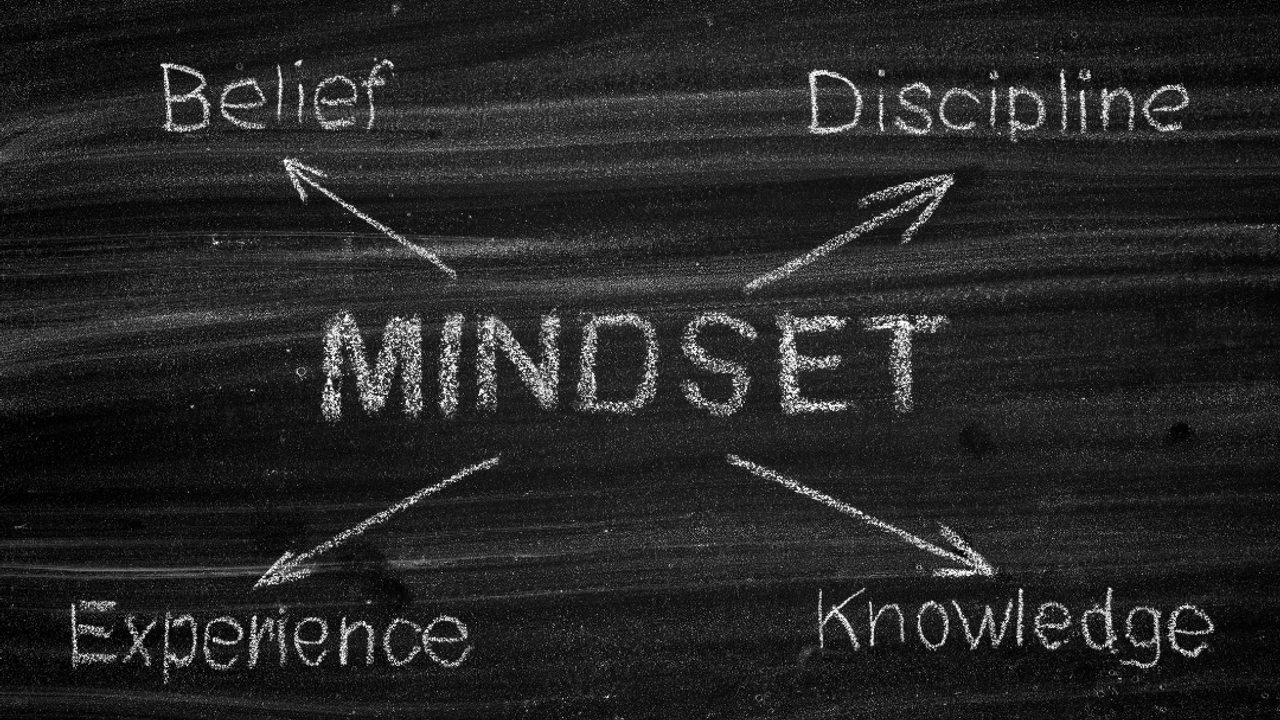 When the game plan goes to pot

Former ballet dancer Emma Raducanu took Wimbledon by storm this summer and watching her in action was like poetry in motion.

The 18-year-old wasn’t even going to be playing in this year’s tournament – her parents had held her back from competing on the tour as studying for her A Levels was too important.

However, at the last minute, with a change of heart – thankfully, Raducanu was granted a wild card and made it to the final 16. Ranked 338, she was the youngest British woman to reach that stage at Wimbledon in the open era of tennis.

The question is, did it all become too much for this rising star? Along with what can feel like added pressure as you get nearer and nearer to your goal, plus the expectation of a growing fan base, Raducanu had to retire from her match to Australian Ajla Tomljanovic. She seemed to be suffering from breathing difficulties and physical exertion.

The psychology behind performance

Raducanu has been wise and sanguine reflecting on her experience. She said:’…I think the whole experience caught up with me.’ She acknowledges there’s much she can learn from her first Wimbledon tournament, in preparation for her next games.

This reminded me of an article I once read about the psychology of choking – or to put it another way - when someone loses their nerve. This is the essence of performance psychology and is widely studied in the world of sport but is relevant to so many other areas where we’re ‘performing’, such as job interviews, public speaking, or presentations. What makes our endeavours a success but equally, what can stand in our way?

Most often, the problem is not the ability – you’ve no doubt mastered the skill or technique after many many hours of practise; the problem is nerve – you’re in the moment and although you might have honed your skills and you’ve the knowledge to get through it, your mindset causes you to falter and perhaps, to put it nicely, you blow it.

There are many examples of this in the world of sport. Stuart Pearce and Chris Waddle missed their spot-kicks during the Italian World Cup in 1990, meaning England went out 4-3 on penalties, something which will no doubt be etched on their memories; and who can forget Gareth Southgate’s missed penalty at the European Championships semi-final in 1996? Although by now, Gareth has done much to redeem his reputation... (please note, this blog was written before England's Euro 2020 final with Italy; although for me, whatever the score, the England Team have done us proud).

Each of those footballers knew exactly what they needed to do and had done it countless times before and, they undoubtedly possessed the talent. Yet in that instant, they lost their nerve. So, why?

Researchers Hill, Hanton, Fleming, and Matthews (2009), studied this phenomenon and as a result of their study, stated that choking in sport is, “a process whereby the individual perceives that their resources are insufficient to meet the demands of the situation, and concludes with a significant drop in performance – a choke.”

It is accepted generally that choking occurs at a time when an athlete is highly motivated to succeed, and to experience performance failure at this time could threaten their reputation and standing in the game; not to mention be a huge blow to the months of preparation for that pinnacle moment, plus feeling the weight of public expectation and hope on their shoulders…!

The four stages of learning are an extremely interesting model to refer to in situations such as this:

When we are learning a new skill or role, we go through the four stages of learning.

For example, learning to drive a car… When we first get in the driver’s seat, we’ve no idea what we don’t know – unconscious incompetence. We do to a certain extent as we’ve no doubt been a passenger countless times and maybe – so my brother-in-law thought – this driving malarkey looks pretty easy. Then the lesson commences, and you realise the enormity of what needs to be taken on board you're in stage 2 - conscious incompetence.

You learn all you need to know and eventually get in the groove and it’s test time. You’re now in stage 3 i.e. conscious competence. But the pinnacle, when we’re at our best, is when we’re at stage 4 – unconscious competence. We’re completely comfortable with what we’re doing but we’re not even conscious of it because we’re in the zone. That’s the zone in which high performance athletes operate in.

Rory McIlroy perhaps let the pressure get to him during the Masters 2011 golf tournament and then again at the 2019 Open Championship. Was it perhaps pressure-induced anxiety? Self-doubt, fear of failure or maybe a fear of being evaluated or judged by others.

It’s not the task itself, very often it’s the enormity of the moment and the pressure we place upon ourselves.

When you know something so well that it becomes second nature – so much so you don’t consciously think about what you’re doing, this is called expertise induced amnesia. Think of when a footballer scores a goal – one which is already hailed as in the running for goal of the season before it’s even hit the back of the net, yet when interviewed and asked to describe the process of why they took it like they did, they very often can’t remember what they did. This is because it was unconscious competence and it could be said that they have expertise induced amnesia - they didn’t even need to think about what they were doing - it was second nature. However, if you’re allowing yourself to feel the pressure in a situation, you might revert back to the conscious competence stage of learning and become more explicitly aware of what you’re doing, as opposed to implicit memory being applied – you’re consciously monitoring your actions. For someone who is highly practised in a particular skill, this will throw you off your ‘A’ Game because you are no longer in the zone; that’s when it can go very wrong.

Picture this… You’re going for a job interview, however, you’re not feeling nervous because you don’t really desperately want this position; you saw it advertised, it piqued your curiosity so you thought it worth a punt and applied. Being asked to attend an interview caught you by surprise but you thought it good for experience, so here you are. You perform brilliantly, a personal best in fact. Juxtapose to an interview for a job you’ve been after for ages – your dream role. Your palms are sweaty, your mouth dry and you can’t even remember your own name. You still possess the same skills, knowledge and know-how so what’s different? In interview one, you’re in the zone because there are no nerves, you’re not putting pressure on yourself. The dream role interview – you ‘re desperate to succeed and therefore, are likely to be analysing everything you do; you’ve reverted back to stage 3 – conscious competence.

So, what do we do in those moments when we stand on the brink of greatness but equally, feel that we’re teetering on the precipice of failure…

It’s no surprise to learn that it’s all down to mindset. If we have the skills, the knowledge and the know-how, the only thing which is stopping us being a success, is the mindset we adopt.

We need the 20% of the equation to open the door but the 80% is what leverages it. Some people wing it with less than the proposed 20% - they have so much self-belief and chutzpah that they go for it and fake it 'til they make it to a certain extent.

Our mindset is crucial when we’re facing those big moments in our lives – the speech we’re about to deliver, the conversation we’ve been putting off, the presentation to the prospective client we’ve been wanting to secure for months, the sporting achievement we so want to bag. If we approach it with the belief we have the skills, we’ve done the work and we have the utter self-belief that we’ve got this, that’s what gets us over the line.

The strategies to master the mindset

So, how do we do this? How do we get it in the back of the net, across the line and so forth?!

Know precisely what you want the result to be. Connect with the feeling you’ll experience when you succeed. Maybe it’s preparing for that big sporting moment, a key presentation to an important client, attending an interview for a much-coveted job, preparing a persuasive speech to your manager as to why you should be promoted, perhaps a tough conversation with a friend or relative – how will you feel if all goes to plan? Focus on that feeling of joy, pride, relief, success.

Take a leaf out of Muhammad Ali’s book and tell yourself: ‘I am the greatest’, ‘I’ve got this’ ‘This is something I want and something I can do’. You are who you say you are.

These are those daily mantras you say – out loud – to yourself whereby you are already achieving your goal. If you tell yourself it’s already taking place, there is some incongruence in your brain because it knows it simply isn’t yet true, so as our brain is end goal-orientated, it will do everything it can to prove you right i.e. be on the look-out for opportunities to get you to your goal.

The subconscious mind doesn’t know the difference between a real or a vividly imagined event; so, a mental movie of you working towards your goal, as well as achieving your goal, means your brain is feeling more comfortable with the situation. When you’re finally in it, it feels like you’ve been there so many times before, so it feels normal and the nerves are considerably less. Use all five senses to make it feel real. I did it for my TEDx Talk – every night imagining getting out on that stage, knowing I could do it and do it well.

Ultimately, it is not the situation that is stressful. Stress does not come from the situation, it comes from how we choose to respond to it. Only you can allow the pressure to get to you because you are applying the pressure. Nerves are good, adrenalin is good, it shows you care and want to be a success.

Does all this 100% guarantee success? No. But if you know the part you need to play and you do it with utter self-belief, the cards are considerably stacked in your favour.

So, harness those butterflies, get them into formation and know that you have done the work to be able to do this.

Want to feel in control of your thoughts and emotions to get the results you want and truly deserve?