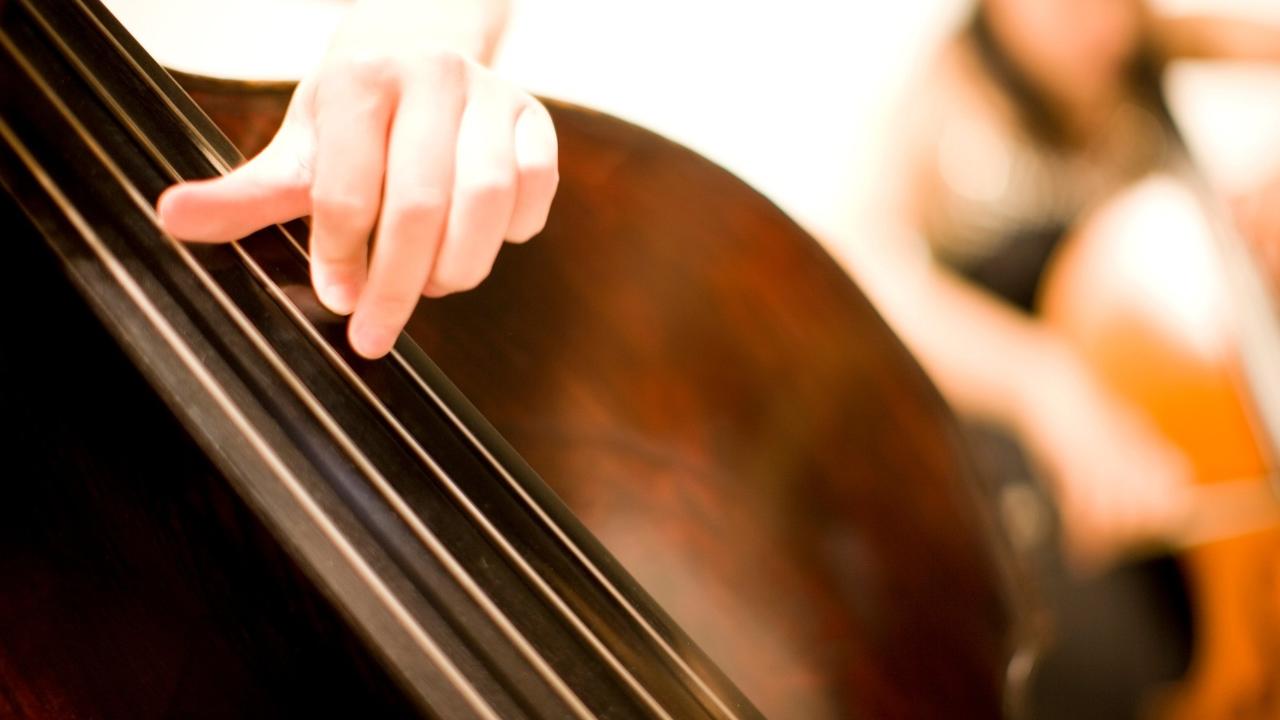 Chi-chi Nwanoku has a very interesting story as to how she became an internationally renowned double bass player.

Nwanoku, the eldest of five siblings from hardworking Nigerian and Irish parents, fell in love with playing music at an early age. At seven years old, whilst round a neighbour’s house, Nwanoku heard someone playing the Boogie Woogie 12-bar blues and insisted she be taught the song. Every day she’d return to play until in the end, the neighbours wheeled the instrument to Nwanoku’s house and said she could have it as a gift. Clearly her talent, dedication and determination were obvious, and Nwanoku’s dedicated parents worked overtime to pay for piano lessons.

Chi-chi Nwanoku’s talents didn’t end there. At the age of 8, she was spotted by an athletics coach and started training as a 100-metre sprinter. She describes the feeling of running fast as being ‘free as a bird’. And Nwanoku was fast. She excelled in the sport and ran for Berkshire, competing at national level. So good was she in fact, that qualifying for the 1976 Montreal Olympics was a very real prospect. Exciting times.

Her trajectory was about to change though. Nwanoku also played football – her speed stood her in good stead, and she was asked to be a stand-in striker for Reading Ladies football team; unsurprisingly, she left her opponents in her wake. However, they weren’t taking this lightly and each time Nwanoku took off with the ball, she would have a handful of players trying to kick her. This had devastating consequences and resulted in a knee dislocation and Nwanoku being told she’d never sprint again.

What she thought was her intended life’s path had come to an abrupt end. What we call on The Winning Edge – a lighthouse – a situation we can do absolutely nothing about and instead, need to intelligently navigate around it. There was nothing Nwanoku could do about this situation, quite simply and without wishing to sound harsh, it was what it was. All the same, it was devastating, because all her hopes and dreams of being an Olympic athlete were crushed, something which can take some time to process. However, returning to school after surgery, Nwanoku music teacher approached her and suggested she learn to play ‘a very unpopular orchestral instrument’ – not exactly going for the hard sell…! Nwanoku was shown the school’s double basses and thought it must be a joke – she – the smallest girl in the school, play an instrument which towered over her?!  Her teacher threw down the gauntlet: “Yes, but Chi-chi when have you ever been put off by a challenge?”

Chi-chi Nwanoku OBE is now a world-renowned double bass player, professor of Historical Double Bass Studies at the Royal Academy of Music, a founder member and principal bassist of the Orchestra of the Age of Enlightenment, and the founder and Artistic Director of the Chineke! Orchestra - the first professional orchestra in Europe to be made up of majority black and minority ethnic musicians. Oh, and she’s a TEDx Talk to boot.

Who’s to say if Chi-chi Nwanoku would have successfully made it to the Montreal Olympics – maybe, maybe not but her life taking an unplanned detour has led her to many a different destination and each one, she has made a success of through her determined spirit and lust for life.

In the same vein, the 11th Dr Who, actor Matt Smith had his life mapped out. Playing football endlessly as a child, he had the talent and tenacity to pursue it on a professional level and was Captain for Leicester City’s youth team. It seemed he was destined for a career in the sport until he was diagnosed with the debilitating back condition spondylosis, thus cutting his playing days short. Football was his life. Smith felt lost, unfulfilled and now felt directionless, not knowing what his future might hold. Then Smith’s drama teacher approached him and made the admission that he never thought Smith would become a footballer anyway, and felt acting was his scene (sorry, I couldn’t help it!). Smith was not a willing participant. He failed to show up for two drama festivals, but his Mum persuaded him to give it a chance and the rest as they say, is history.

Keep on rising up

What do Chi-chi Nwanoku and Matt Smith have in common? Yes, their life’s path dramatically changed from what seemed like their intended direction; they both had teachers who saw great potential and encouraged them to try their hand at something else but crucially, neither Chi-Chi nor Matt let life’s obstacles stop them from achieving great things. Coming to terms with devastating circumstances, over time, they had the passion and the drive within them to change direction and achieve in another field – if you’ll pardon the pun!

With all due respect, they are not special. They are no different from you or me. For we all have the ability, but not always the desire, to choose the way we think about a situation. We can choose the nature of our thinking and this has a huge impact on the kind of life we lead.

Sometimes, we might think we don’t possess the drive required, that we don’t know what we want out of life, so we perhaps mistakenly think that people like Chi-chi Nwanoku and Matt Smith are born with grit and resilience; but who’s to say you don’t possess these qualities? We don’t necessarily need adversity in our life to help these traits to appear. Perhaps you don’t feel strongly enough about anything because you haven’t yet found your great vocation in life, or your life’s greatest passion. When you do know what it is, you will go hell for leather to make it happen, to make it a reality, to make it work.

And how do you find out what drives you, what floats your boat, what excites you? As ever my dear friend, it comes down to your values – who or what is most important to you. When you work that out, everything else will flow from it.