Why playing it safe isn't always your best bet 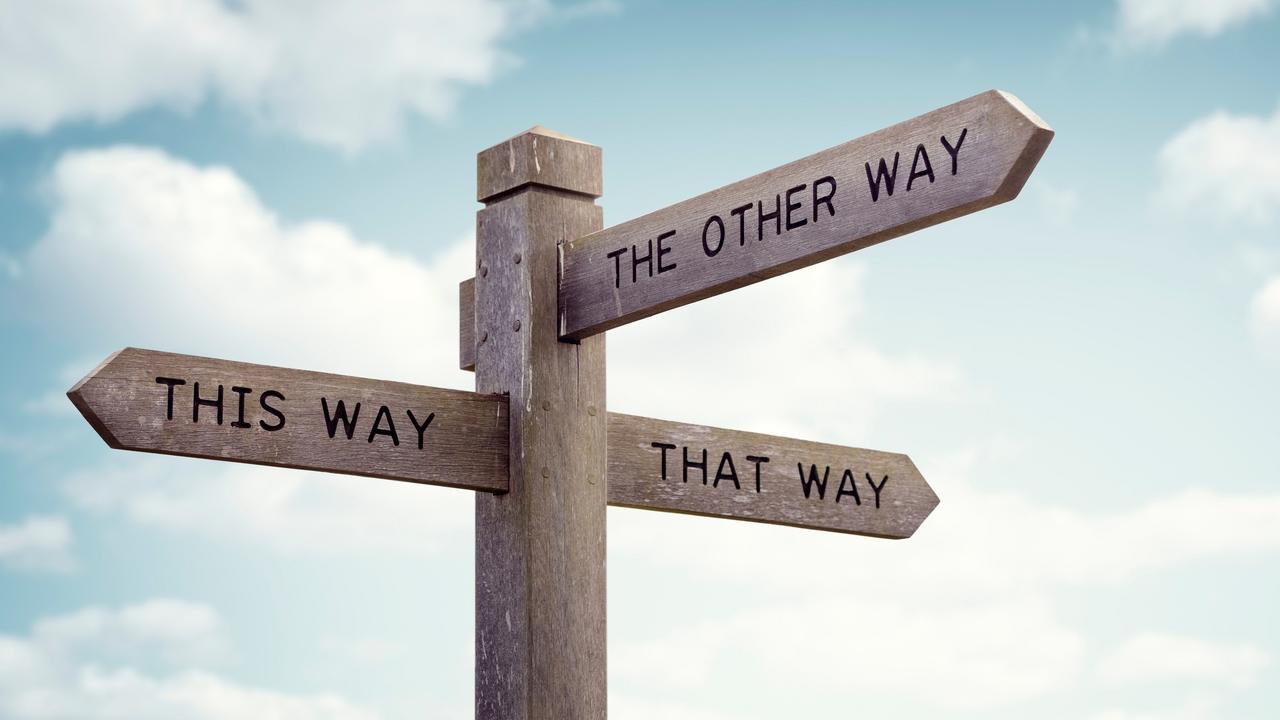 Weighing up the options
What is it about change that we as humans don’t like? For many, change is a negative thing and something to be feared but is that always the case? Can there be some benefit in change? For creatures of habit – probably not, but for those who believe the only constant in life is change, they embrace it and roll with the punches.

Comfortably uncomfortable
Recently, my family and I met up with four other families to spend a glorious Bank Holiday Monday together on the coast. Beach shelters, picnic blankets and provisions in hand, we all plonked ourselves on a lovely sandy area near to the waters edge, much to the horror of those around us who had probably hoped for a nice quiet day. There’s nothing quiet about 11 kids, 10 adults and three dogs…

The braver souls threw themselves in to the sea for fun and larks and it was a sight to behold – the type of thing that’s good for the soul. These are families who don’t get together en masse very often but because we’ve all known each other for so long, when we do, it’s like we saw each other yesterday.

We always catch up on the work situ, social comings and goings and life in general and one of the group – Tom – said he was considering leaving his job. This wasn’t a new theme for him, he’s been threatening to do this for years but this time, there seemed a shift with his intentions – finally, even he was beginning to get bored with the sound of his own voice.

Tom’s been working for the same company for more than 20 years – almost man and boy – so leaving would be a huge decision for him; together with the fact he doesn’t embrace change very easily. His wife Kate fully supports Tom’s decision and actively encourages him because quite frankly, she’s had enough of the moaning and whining for the past decade!

Tom is comfortable being uncomfortable because up until now, the benefits of his job are outweighing the negatives. As far as I can tell, he’s on a healthy salary with all the perks you’d expect from his level but it’s the same old same old which he’s finding challenging, plus the incessant politics. He wants to branch out and become a consultant in his field. He’s already got fingers in pies, quietly having conversations and nurturing contacts. But does he take that leap of faith and leave behind all that security, all that he knows? Or, as I asked him, will we be having this exact same conversation for the next ten years?

Procrastination is the enemy of progress
Fear of change usually results in procrastination – we know we want to do something but we’re putting it off. In a 2013 study, Drs Pychyl and Sirois found that procrastination can be understood as “the primacy of short-term mood repair… over the longer-term pursuit of intended actions.” Put simply, procrastination is about being more focused on “the immediate urgency of managing negative moods” than getting on with the task, Dr. Sirois explained. Until a greater reward comes along, we’ll continue with the present situation and the procrastination.

With around on average just 30,000 days on this mortal coil, why on earth would you waste such a disproportionate amount of time doing something you really dislike?! Make it mean something because it’s amazing how much time is already taken up with the necessities – eating, sleeping, showering etc., let alone five days a week spent doing something unfulfilling and soul-destroying.

Someday Isle – the place we shouldn’t want a ticket to
We kid ourselves that we’re going to one day pluck up the courage to take that leap of faith, to dive into the unknown and actually follow our hearts desire but what we’re actually doing secretly, behind our own back, is booking a one-way ticket to Someday Isle – that place where we all end up because we never took action - ‘Some day I’ll leave this dead-end job and do something really exciting with my life’, ‘Some day I’ll read all those books I let pile up’, ‘Some day we’ll book that cruise we’ve always promised ourselves,’ ‘Some day, when the kids are older and don’t need to be ferried about and before the grandchildren come along and when our current car doesn’t owe us anything and we’ve finished doing the house up, then we’ll buy that little sports car,’ etc etc.

Of course, the pros and cons of leaving a job need to be weighed up and the risk-reward ratio considered. A roof over your head is for most people, a must, as is being able to food and clothe your nearest and dearest. Our sanity however is also fairly integral to our general well-being and living a life where for the most part, there’s cloud of misery hanging over it, isn’t good for our mental welfare, nor for those around us.

If the large salary and the pension pot mean a fab house, awesome holidays and financial security are worth the groundhog days and that’s a consciously made decision, you know exactly what you’re doing and why but if you’re moaning about work and doing nothing about it, each day you leave your house, you’re chipping away another tiny piece of your self-respect because you know you’re willingly perpetuating the utter boredom and doing absolutely nothing about it.
Leaving the comfort zone of job security will bring huge upheaval and uncertainty for Tom but he’s a clever, talented and creative guy and I know he can make a success of anything if he wants it enough. And, if he sorts out his mindset.

Sounding vaguely familiar?
Maybe Tom’s story resonates with you. You’re in a job you feel is unfulfilling and you’re merely turning the wheel, paying the bills and drifting. Perhaps it’s not your job you’re unhappy with. Maybe it’s a relationship - you’ve drifted apart but separating is just too difficult mentally, emotionally and financially. There could be a different life out there but the status quo will do. Perchance it’s something as innocuous as an unpainted front door, that leads to a messy hallway and a kitchen where a few of the doors are hanging slightly off the hinges and the cooker is gradually going to pot. You’ve given up with the DIY – what’s the point because there’s too much that needs doing now…

Inertia is insidious. It creeps up on us and one day we turn around and wonder what happened. How did we find ourselves in this position, leading this life that we maybe would call average? All the exciting plans got shelved, the good times with friends are reduced to a cordial Christmas greeting card, the holidays we say we’ll save up for remain images on websites, there’s a whole stack of shelf-development we haven’t got round to reading and the house and garden still look, well the same really because that Pinterest board just got a little bit too overwhelming.

Make the change
Reinvent yourself, reinvent your life because nobody is going to wave a magic wand and make it happen. You will need to step out of your comfort zone and at first, it might feel akin to plunging into an ice-cold plunge pool but surely that’s better than staying in the public swimming pool jacuzzi which you think is nice and warm but if you think about how many children have been in there and might not have bothered getting out to go to the…

Change doesn’t necessarily have to be bad. It can bring great possibilities and amazing opportunities. We learn a lot about ourselves through change – how resilient we are, our resourcefulness and who we can count on when the chips are down and when we might need a little bit of support and encouragement.

What is it that enables you to be happy? It always comes back to your core values. It isn’t necessarily a big house, holidays abroad or the finer things in life. They can bring you pleasure but happiness is a programme that should be continuously running in the background. This will likely be fuelled by your intrinsic values – perhaps meaningful friendships and relationships, self-development, a sense of fulfilment, freedom, experiences and so forth. A job you’re miserable in but you stay for the security, or a broken relationship beyond repair but preferable to the upheaval of a split - they will not bring happiness.

What’s your motivation?
Perhaps there will come a point when the current situation becomes untenable, when you can no longer stand the aching boredom, the unhappiness nor the frustration. Or maybe the inertia will continue for years and one day, you’ll wonder where all that time went, all that time you can’t get back.

Because we only get one life, one shot at all this and who knows when it’s curtains for us? If you know you want a life avoiding change nor rocking the boat, that’s all good, as long as it’s a consciously made decision because there can be no regrets - regret is futile for we cannot turn back time. If, however, a life where challenge, learning, fulfilment and the odd bit of risk here and there is the way you choose to live, then go for it.

So, get out there and live. A little or a lot. It’s your choice.